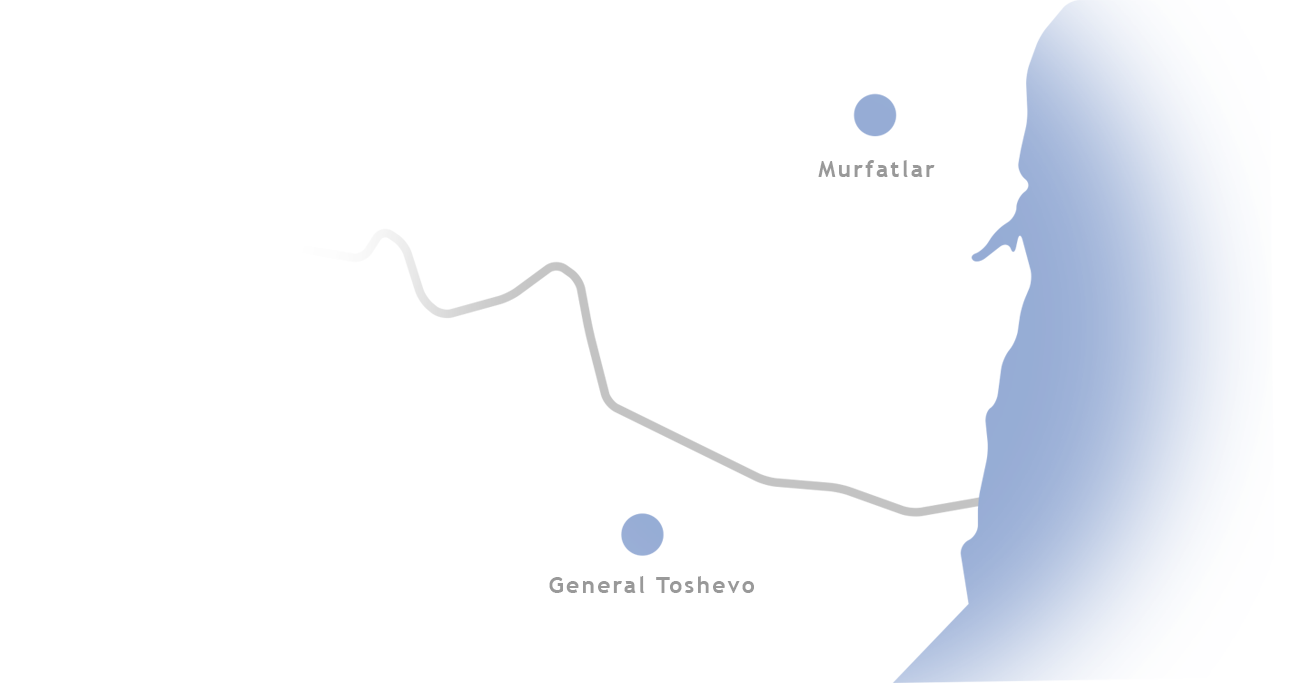 The Municipality of General Toshevo is situated on area of 982 sq. km in the most Northeastern part of the country. In terms of population General Toshevo municipality is second within the boundaries of district Dobrich / about 15 000 people/. Settlements: 41 /1 town and 40 villages/.
The Municipality of Murfatlar is situated in the region of Constanta and covers 692 sq. m in the southeastern part of the Republic of Romania. The village of Siminoc is an administrative part of Murfatlar. The population of the region is 13 000 people.
Both municipalities have rich cultural, historical and natural heritage – protected zones, natural reserves and landmarks. Major cultural and natural sites and tourist attractions in the cross-border region:

Dobrudja, as a whole, is a confluence area of religions, traditions and nationalities, within a true multicultural and interethnic cradle based on understanding and respect. This ethnic, religious and cultural communion determines the attractiveness of Wanderlust-type tourist products in Constanta County, based on the richness of historical and cultural heritage and beyond the main attraction of the seaside, the beach.

General Toshevo Municipality is located in the historical and geographic area of Dobrudja, located in the northeastern part of Bulgaria. The main tourist destination is the Black Sea with its resorts, which are missing on the territory of the municipality but their proximity creates opportunities for attracting visitors and guests to the local objects and tourist attractions.

The following natural resources are located on the territory of the municipality General Toshevo: protected zone Coastal Dobrudzha with area of 6517.31 ha (of which 6391.1 ha fall into the General Toshevo municipality); protected zone Rossitsa – Loznitsa with area of 1812.0 ha, of which 31% are protected territory (PT); protected zone Izvorovo-Kraishte with area of 1081.5 ha; protected zone Kardam with area of 918.3 ha; protected zone Chairya with area of 1451.2 ha (partially spanning the territory of Dobrich-rural municipality) were included in 2005 into the list of BirdLife International as Important Bird Area (IBA) for Europe (№ 085), whereas with Ordinance № 122 dated 2007 of the Council of Ministers and under № BG 0002085, а Legal Order was passed for the wild birds protection; natural landmark Arboretum – town of General Toshevo, natural landmark centennial tree Summer Oak – the village of Dubovik; These natural tourist resources are a good basis for the development of hunting and ecotourism.
The most characteristic steppe elements in the municipality are the dry meadow association and the steppe biota species. The steppe fauna complex has a definitively conservation status, mammals in particular – three species globally and 2 species of regionally endangered rodents and predators.

The following cultural initiatives and events are organized on the territory of the municipality: 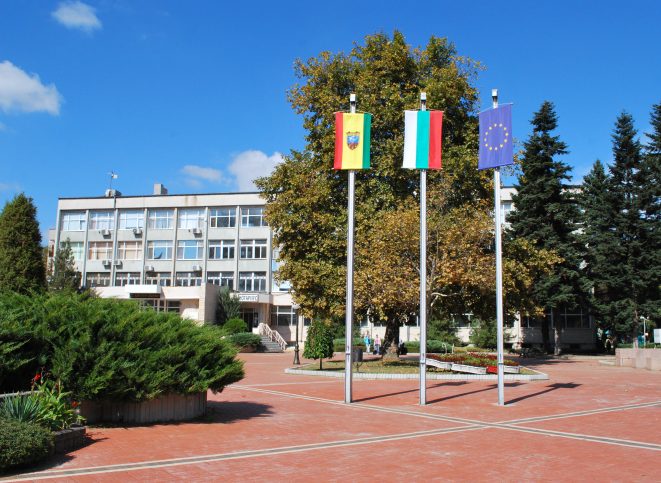 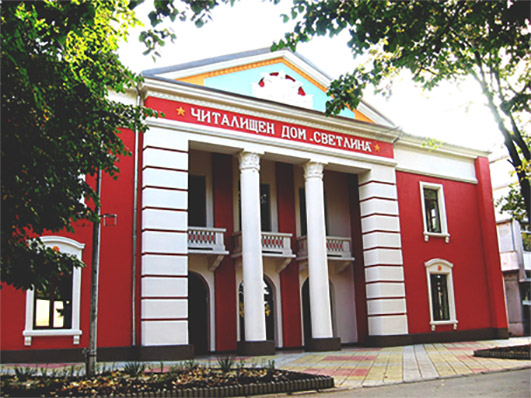 The town of Murfatlar is situated near the Southern part of Dobrudja, about 20 kilometres from the Black Sea and the city of Constanţa, on the line of one of the first railways on the current territory of Romania, Constanţa – Cernavoda and at the intersection of national roads DN 3 and DN 22C connecting Bucharest, Constanta and Adamclisi / Ostrov. The town of Murfatlar also includes the village of Siminoc, located 6 km West, on the communal road DC27.

Fântâniţa Murfatlar Reserve is a site of Community importance within the Natura 2000 Network, which overlaps a protected natural area of national interest, both protecting a forest of high botanical and zoological value, Fântâniţa Forest.
The reserve accommodates over 500 species of plants, characteristic of the Southern area of Dobrudja, predominantly pontic elements, followed by Balkan, continental, submediterranean and Eurasian ones. The fauna contains numerous species of animals, characteristic of the Dobrudja steppe areas. The rare species that are listed in Annex II to Council Directive 92/43 / EEC on the conservation of natural habitats and of wild fauna and flora.

The Lake of Chalk

The clear blue-turquoise clear lake was formed into the basin of an abandoned limestone and chalk quarry. The white, chalk walls that surround it, and the little steppe vegetation give it a strange picturesque landscape.

Mounds and hills with low heights of 100-105 m are located in South of Murfatlar Town, forming a varied and attractive relief. The hills are made up of white chalk layers alternating with thin layers of gray clay . These hills have excellent soil for the vineyards that dominate the landscape.

The archaeological ensemble, discovered in 1957, is a complex of monuments which, for the Romanian medieval art, represents the oldest known architectural and pictorial document, whose elements link to the Cappadocian vestiges . The Christian religious site of the sec. X-XI consists of churches, cells, crypts and graves, labyrinth galleries and dwellings dug in the chalk, currently protected by law and classified as a national monument . On one of the churches, an inscription in Cyrillic letters may be read as “year 6500” – 6500 years from the Genesis, which means 992 d. Chr. The year is considered a reference moment in time for dating the cave complex.

Murfatlar Railway Station is part of the first railway infrastructure built in Dobrudja and, at the same time, throughout the Ottoman Empire – Dobrudja being at that time under Ottoman domination . The architectural complex of the train station consists of two main buildings, the Murfatlar station and the water tower serving the steam locomotives at the beginning of the 20th century, as well as the tower water pumps.

Kogălniceanu Mansion is one of the few Romanian mansions from the modern age preserved in Dobrudja until nowadays, being declared a historical monument of national interest.
Murfatlar’s built heritage includes a number of houses dating from the end of the 19th century – early 20th century, such as the Stamatopolus House (1899), Omer Bechir Bey House, and other houses considered valuable to the local community.
Religious edifices: the „Birth of Mary the Virgin” Orthodox Church is located on Matei Corvin Street, number 3, and is over 100 years old, being included on the list of protected historical monuments of national interest. The “Saint Teotim” Monastery is a recent religious site, dating back to 2001, and is built on Tibisir Hill, above the Murfatlar Cave Complex. Other places of worship raised during the recent period include the New Church “St. Emperors Constantine and Helen” in Murfatlar, “St. Hierarch Nicholas” in the village of Siminoc, “Maranata” Pentecostal Church, “Betania” Christian Baptist Church and the Mosque in Murfatlar.

One of the most famous and old vineyards in Romania, the Murfatlar Vineyard, lies on the hills that overlook the town, on an area of about 3000 hectares. The history of the vineyard dates back to ancient times – many religious and secular monuments in the area display mythical characters crowned with vine springs and grapes, and refer to the cult of Dionysus (Bacchus). The Murfatlar Viticulture and Wine Research and Development Centre This research centre with a long history, set up in 1887 on 4.8 hectares, is considered the core of the current Murfatlar wine-growing area.
“Domeniul Vlădoi” Winery is located in the village of Siminoc, which belongs to the town of Murfatlar, about 5 kilometres away central-Murfatlar.

Murfatlar Heroes Monument was constructed in 1995 in memory of the heroes who fought and sacrificed in the First World War (1916-1918).
Industrial Monuments
Danube-Black Sea Canal
Danube-Black Sea Canal is one of the longest artificial waterways in the world. The canal links up Cernavoda Port on the Danube, with Constanta and Midia Năvodari ports from the Black Sea, shortening the Danube distance from Cernavoda to Constanţa by about 400 km.